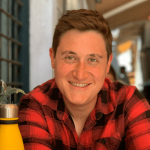 Automation is awesome, it can make everyday mundane tasks simple, enhancing people’s lives in so many ways, business owners especially; from marketing, emails, to scheduling meetings, there’s no denying it - automation is here to stay.

The definition of automation is “Operating or controlling a process by highly automatic means, as by electronic devices, reducing human intervention to a minimum”, which is actually quite vague. For example, I have a coffee machine that makes a coffee before I get out of bed each morning, before that my alarm goes off, and before that my heating kicks in so the house isn’t freezing when I get up. I wouldn't consider any of that to be ‘automated’ in the traditional sense. I don’t have Hive, a natural light alarm clock, a smart speaker in my bedroom, but in a way that is automation. Perhaps we’ve all been automating our lives for quite a long time, we just didn’t know it.

Recently, however, the change in people’s behavior led by the tech industry is making automation more accessible than ever before. It’s almost a given now, that when you purchase a new phone, speaker, TV or even fridge it’ll come with its own ‘smart’ AI. ‘Hey Siri’, ‘Cortana’, ‘Alexa’, ‘okay Google’ have become common, pretty much every smartphone or speaker now has a virtual assistant. 33 million voice-activated devices were bought in the US last year, which just shows this shift in behavior.

With that in mind, here are our top 7 tools that allow us to automate tasks, making our lives easier in the workplace:

Buffer is a service that allows a user to automate their social media posts across multiple platforms, making it easier to manage all of their social media marketing in one place. We use Buffer to schedule our themes each week which enables us to get on with other tasks once we’ve Buffered our schedule. Chances are, the link you used to get to this article was posted through Buffer to social. There’s no lack of choice for social media automation software either, we use Buffer, but there are literally hundreds out there that offer a similar service; Hootsuite, Hubspot Marketing, Wrike, Zoho Social, Falcon, Sendible, Walls, Spredfast, Iconsquare, Driftrock, Beacon, Lithium... the list goes on.

Zapier and If This Then That (IFTTT) are software’s that allow users to connect apps they use every day to automate work and be more productive. We use Zapier to automate a lot of complex processes and IFTTT to do easier tasks. The automation that saves us the most amount of time is a series of tasks that have been setup for our quick quote tool. After a user has filled out their details on our quote tool, Zapier takes their information from the database and conducts a series of other tasks to save us doing them manually. It fills out our CRM so we can track potential customers, our MailChimp, triggering a series of personalised emails about their potential project, and also our Slack channels. There's also the option for the user to request a call which sends a message into our Slack channel with the user’s name and phone number, which allows a member of the team to pick it up. This is just one example of how this incredible software saves us time and money, as many of our processes are automated in one way or another.

Another great marketing tool that saves us tons of time is Mailchimp, if you’ve ever done or looked at doing any outbound digital marketing then you will know of Mailchimp. Mailchimp is an all-in-one marketing platform that helps users manage and talk to their clients, customers, and other interested parties. Their most powerful tool for us is in their automated emails, using |Merge| tags it’s possible to fully customise emails to a user for that personal touch. If anyone’s used our quick quote, then you would have received some of these emails from me, triggered through Mailchimp, don’t worry - the content is still from me, it just makes it easier to manage the scale at which people complete a quote.

The scariest button you'll ever have to press 🙀

Okay, so this one’s cheating a bit, but we have a bean to cup coffee machine in the studio, which honestly is a double-edged sword, it makes great coffee which any of us can have whenever we want, but it’s turned us all into ‘coffee snobs’. We realised a few years back that we were spending a lot of time (and cash) getting takeaway coffee. So we decided to buy a rather posh machine that at one touch brews the perfectly made cup, every time. We affectionately named the machine DaiLonghi, because, well... It’s a Deloghni machine.

Alright, back to the serious list. Slack is a team communication tool which separates conversations into separate channels, great for multiple projects. It also has a ton of automation integrations with about any software you could think of, some I’ve mentioned above. For me, it's the best communication tool, it’s called the email killer for a reason.

Illustration by Alice Lee for slack

We use Sketch for creating digital product interfaces, which are prototyped in Invision. The old school method of building a prototype was to upload images individually to Invision and create ‘hotspots’ which would link to other image screens in the prototype. But when a client requested we change the colour of a call to action, it would mean replacing every image individually, a complete nightmare and a huge time suck. Luckily, things have moved on, now the Craft plugin by Invision for Sketch really speeds up the process of amending prototype artwork, not only by linking to Invision from the app, but providing some other awesome features too!

Anyone who runs a business knows how tricky it can be to schedule a meeting with someone who’s always busy. X.ai is a scheduling planner bot that acts as a virtual assistant when scheduling meetings, pitches, event dates, meetups and more. Pretty much anything that goes in your calendar, this bot can schedule. If you’ve ever scheduled a meeting with a fortune 500 company then chances are you’ve already met ‘Amy’ or ‘Andrew’ the x.ai scheduler bot. It’s actually amazing how efficient this software is at organising meetings, so much so that some of our clients thought that ‘Amy’ was real.

There are so many more things we do to save us time that could go in this list, maybe I’ll do a part 2 in the future. If you're struggling to find time in your business, or are fed up of completing repetitive tasks, give me a shout. We save our clients hundreds of hours annually with some of our clever automation techniques. Challenge us to solve yours 🤖.