The perfect recipe for creating and running a modern brewery website

We learnt a ton building the Beerd Craft Ale and Pizza website, so here's some best practices 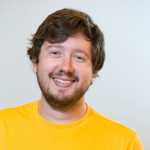 Building the new website for Beerd's new Craft Beer & Pizza joint in central Bristol was a new challenge for us - a challenge we absolutely loved.

I mean, the research bit was easy (and perhaps too short), but actually getting stuck in and building the site was really fun too. We've wanted to build a brewery website for a while, so when this project came around we were made up. This is one of our only recent projects where the site changed completely throughout the wireframing and planning process, and then a little more whilst in development. This doesn’t normally happen, so now that the dust settled we wanted to jump in to why, and see what made the Beerd site so special.

This was one of the first things we had to learn - no one is interested in a brewery without personality. You simply have to have something quirky and interesting about you, or frankly, no one cares. And this is true for your boozer customers to drink your ales and pubs to stock you. However, thankfully (and as an ideal customer myself) the craft beer industry is now brimming with character and attitude. Hindsight is a beautiful thing, but it really feels like the entrepreneurial rebels of the eighties and nineties have left school, grown up and thought “to hell with this, I want to make beer and work for myself”.

This has lead to an amazing IPA-volution (patent pending), which means that conservative colours and beiges are totally out, and the kick-ass, punky and rustic styles are in. See Tiny Rebel as leaders of the charge. This doesn't mean that the wealth of traditional ales need transition to the new wave of craft beers flooding the UK; they just need to make sure their heritage and personality is really shining through and visible in everything they do.

Know your own product

I'm sure this is obvious, but most brew-chasing fans see themselves as being pretty clued up on their ales. PRO TIP: You can totally tell from that face everyone pulls when trying a taster of a new brew.

So why do breweries make it hard for fans to show their favourite beer some digital love? Give them the VOL %, show them the colour, describe how it tastes - hell, even throw the ingredients at them. Not literally. Fans are craving this information and want to share it, or at the least know it. Don't make them starve.

All of this totally helps tell and sell the brewery's story too and can be tied in with why the brewery exists and what makes it special. The brand and the product need to work together to build a story, so there’s no sense in stopping fans sharing the story even more.

Now, as a backend developer, you won’t often see me harking on about this, BUT I know the incredible value of a good design. We’ve all used the internet before and we know how crappy crap websites are - torturing fans with a rubbish nineties website isn't good.

This is a similar point to the one I make next about making it easy for your fans to buy your beers - what use is a rubbish brewery website in this digital age?

I literally can't see any argument for it, especially with the plethora of readily available and free (or cheap) tools out there. Even traditional breweries with an olde-style logo can benefit from good design and there’s no excuse for having the same site for longer than 4 years or so. The web moves on so quick, it’s guaranteed that the old technology is now outdated and probably doing more harm than good (feel free to hook me up on Twitter @OwenTheTwit if you want some advice/tips).

It’s sometimes too easy to throw up a brewery website with a bunch of your beers and rave about how great they are, but is it just as easy for someone to find and buy them?

Picture this: I love your American Pale Ale, I’ve read everything about it, my mouth is watering and I want to go get three sheets to the wind at 12pm, but how the do I get my hands on this magical ale?

Everything you do on the site needs to give a digital footpath for your customers to find you, and this will always be true. Or at least until users can consume beer digitally. But seriously, there’s nothing more frustrating than having to try to find an address or find out if you have my favourite ruby on tap with no avail. _I literally want to throw money at you, stop making it so damn difficult!

How do you sound?

Marketing experts will know the importance of a good tone of voice, but most of us are definitely not marketing experts. This is especially true for a small brewery where it's all hands on deck.

We perhaps sometimes fall into the trap of making incredible products with an awesome brand, but pair it with ridiculously out of reach messaging on the site and social media. Whatever you say, whenever you say it, is always tied to your brand. Every little Tweet. Every online ad. E-V-E-R-Y-T-H-I-N-G. I love the brewing industry right now, mainly because it’s as far away from corporate crap as Trump is from reality (and I like to think that we’re in a pretty similar position).

I don’t ever want to see “We at Badass Brewery value our customers and they are one of our key assets”. NO! I want “Our customers are the sweetest god damn bunch of beer-loving loonies we’ve ever come across!” Put some personality into it and show everyone who you are. The worst thing you can do is distance yourselves from your customers and hide behind a digital wall with a tone that's not the right fit for you. Be open and personable with them and they will show you love forever.

I know, I know. This article is about building a brewery website, but with social media as big as it is today it's important to bring this all in. We had to clock on pretty quick that the average craft beer sipping Joe is quite a social and sharing kind of Joe. Using clever web stuff, it was really important that the site integrated Instagram and Twitter, which let Beerd carry on the conversation beyond the site. This might seem like obvious advice, but it's more important than you might think. There's nothing a beer lover loves more than telling their friends about the beers they love. Make it easy for them.

As an extension of this, Untappd is an amazing app that's literally just set up for people to shout about what they're getting half cut on - and loving! It makes obvious sense to tie this into the site and show site users that people are drinking your beers right now. Fan recognition + social proof = a load of thirsty new fans.

If you can trawl through my ramblings and safely say you’ve addressed all of these nuggets of pure gold then I’m pretty sure your brewery is going to do amazingly. Look, at the end of the day it all comes down to whether your beer is damn good.

Once you have that, sorting your online presence is important, then there’s no reason why your fans won’t keep loving you forever. Your average target audience's age has probably dropped significantly in the last couple of years, and guess what - they're all on the line and doing internet things with their gadgets. Go to them. To get some one to one ideas or for me to give your site a quick look over and break down of why it’s awesome/crap, drop me a line on Twitter. We're also offering some great website packages for breweries right now. See you on the other side, amigo. PS. Free beer goes a long way :) xoxo Get a PDF of this article for later reading