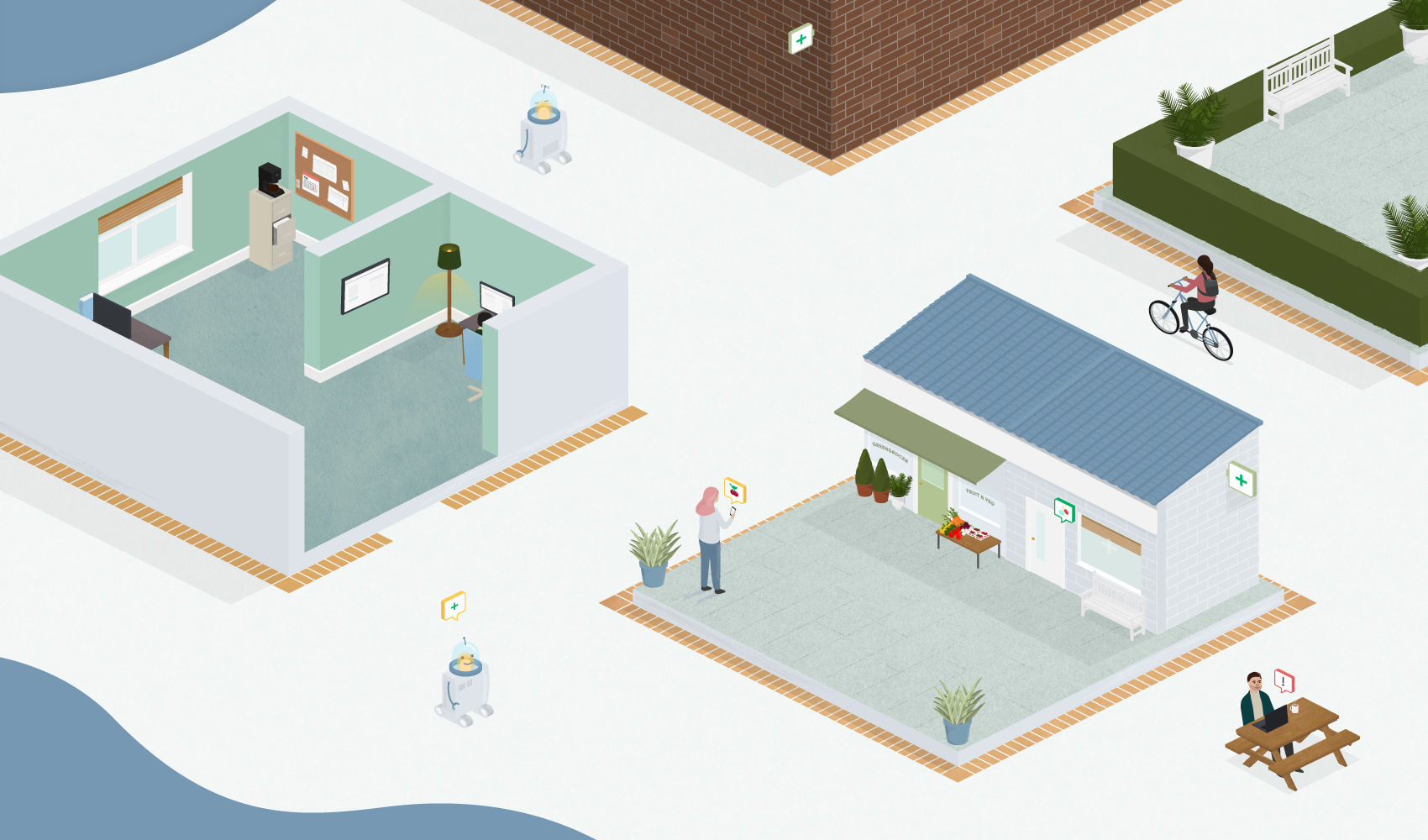 Anyone can tell you that the digital infrastructure of the NHS is outdated, lacking creativity, and sometimes not even fit for purpose. Bods at the NHS know that this, combined with a slow and cumbersome procurement process, is stifling digital innovation within the organisation. Enter - the NHS Hackathon events!

The NHS Hack events are designed to bring healthcare professionals and self-professed geeks together to tackle some of the significant issues the NHS faces. The event offers an open forum for developers, designers, innovators, creatives and healthcare professionals to work on addressing a specific topic within a short 48 hour period. And wow, were there some challenges addressed.

We went along as the full Big Lemon crew, ready to get our teeth stuck into some significant NHSy challenges. Powered up on coffee and enthusiasm we met bright and early for day 1.

After listening to the initial 60-second challenge pitches, we got talking with Rafiah, Clinical Doctoral Research Fellow and Speech & Language Therapist, who'd travelled from City, University of London to Cardiff for the hack. For a PhD study, Rafiah is researching ways to digitalise langauge therapy approaches for children and explore the benefits of a more modernised method. As Rafiah's challenge intrigued us from both a user experience and tech perspective, we mutually decided we'd be a good fit for the weekend hack.

The rest of the morning consisted of fully understanding the issues speech therapist clinicians face with the current paper-based process. A flurry of ideation sessions, lunch and quick grayscale designs followed. While Catrin and I were working out the UI design with Rafiah, both Owen and Jack got to work on the development of the progressive web app. One Invision prototype later, we had the makings of what our 24 hour MVP would be.

While everyone else worked away to get an MVP live, Rafiah and I began putting some slides together for our pitch later in the day. The morning of day 2 flew by. Partly because everyone was laser focussed on individual tasks. But also, because in the back of our minds, we knew that whatever Frankenstein MVP we were putting together would have to be pitched to the other 100+ attendees later that day.

Before we knew it, we were testing an MVP, and got called up ready for the pitch.

3rd in line, the pitch itself went surprisingly well, the tech didn't explode, we managed to explain our solution concisely, and we even stuck to our 3-minute slot. All said and done, we were chuffed with what we'd achieved over the past 18 hours or so at the hack.

With a sigh of relief, we could now sit back and listen to the other pitches. And honestly, we had no idea what was about to come!

Some of the technical detail of the other products completely eclipsed our efforts, teams had built apps for native, smart devices, Alexa, multi-platform, all sorts of very complex tech had been hacked! Solutions that would have otherwise taken months to commission within the NHS were being pitched, and less than 24 hours after they'd begun.

Nonetheless, we were proud of our simple, but effective web app, and we're looking forward to how it will be used in the future...watch this space!

What surprised me most about the event was the full-on enthusiasm from everyone involved. From the organisers, doctors, nurses, through to the attendees, there was a real sense of willingness and wanting to do good from every team. That's another thing; there were hundreds of people at this hack, the fact that these highly talented people care so much about changing the NHS that they spent a whole weekend of their time to contribute to solving a problem is admirable. This passion was clearly translated into the solutions that the teams hacked, smashed and botched together within this insanely short turn around. In under 24 hours from idea to pitch, 25+ teams had created some fantastic nerdy tech.

Honestly, I was a bit sceptical going into this event on the Saturday morning. But, after seeing the enthusiasm, grit, and determination shown by everyone involved, it just makes me wonder why there aren't more like this. Collaboration is such a strong asset, and it's fundamentally what makes us human. If we want to tackle the world's most significant challenges together, then maybe it all starts with a 60-second pitch to a room full of strangers.

More action from the day can be found here: @NHS Hack Day

Big thanks to Anne Marie Cunningham for organising the hack.