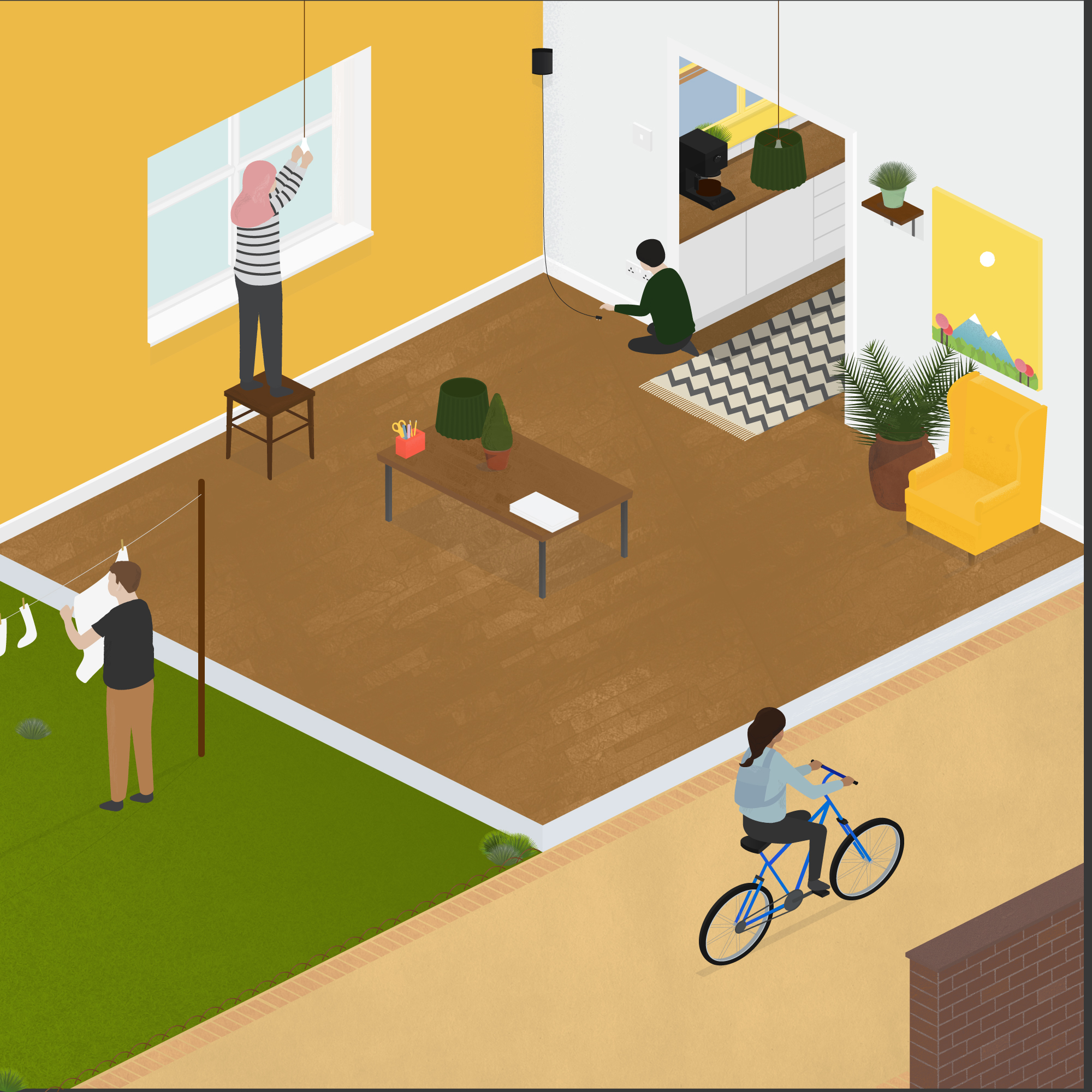 From eating less meat to cutting out plastic, people are looking to the things they can do to reduce their carbon impact.

One demographic that has historically been less efficient at managing their impact, are students. The average student uses roughly £500 worth of energy and water a year, which is more than the average homeowner. When you consider they are only likely to be living in student accommodation for eight months of that year, you realise, that’s a lot.

We know that students disproportionately use a lot of energy, but what isn’t really known is why. Some accommodation providers think it’s because contracts are often ‘all-in’ so the costs are hidden. Others think it’s because this is the first time students are out on their own and are still learning how to manage living by themselves.

We just don’t have the data.

So what do you do when you have a problem that needs to both gather information, but also offer a solution? You call in the developers…

The Student Energy Project is an initiative run by the energy management company, Amber Energy. The project aims to collect habitual data from students, to learn where they are using the most energy, and then provide feedback and incentives (such as free pizza, students love pizza, right?) to reduce that energy consumption.

The project works by collecting data from accommodation meters and combining it with historical data, such as weather, temperatures and expected usage, and then combines that with habitual data from the students – such as how often they boil the kettle or run water. In the future it will go on to gamify the feedback, encouraging students to compete with each other as to how efficient they can be through league tables and rewards.

We joined the project to build and develop the platform.

Initially, it was just a web-based-project, had a poor interface and considering the amount of data it was going to need to manage, was lacking the future-proofing required to manage the backend processes.

First, we mapped out how the users would utilise the tool and quickly decided that whilst the web app was ok, it needed to be more efficient and the project needed its own native app.

So, we went about building the API and the backend to transfer all the data across. We also built the native app alongside the new web app, to make it easier for cross over functionality in the future.

We realised that we were going to need to build something that could handle live data, so we decided to use Meteor as the framework for the backend, which uses the Distributed Data Protocol (DDP) – something that was quite new to us at the time. I’d recommend anyone looking to build real-time web applications to check out Meteor. The documentation is really accessible and the fact that it works out of the box with React was a massive plus for us, as well as having their own Meteor-dedicated hosting, Galaxy.

There were several challenges to the development process, but one of the biggest was the sheer amount of data points.

For example, some meters in student accommodation are per room, others are per site. Some don’t have gas, water and electric meters, or some only have water and gas etc. So mapping out the different ways all the data connects was tricky, and needed to be reflected in the UI. There’s no point asking a user for information they don’t have, and given the variance, we had to make sure we were asking the right users the right things.

How can this make a difference going forward?

The applications are now live with over 700 students signed up in the first couple of weeks. As the project goes forward and we gather more data, we are going to be able to build a clearer picture of student energy usage.

The app itself is also going to evolve as we gather more data. For example, when students are regularly submitting habitual data and we have a better understanding of what behaviour impacts consumption the most, we can offer the suggestions or incentives that are going to have the biggest impact.

Essentially the app will become more intelligent; it’s going to be able to learn that someone showers once every day or they always charge their phone overnight, and be able to give stats and feedback that are more personal and appropriate to each user.

There’s also scope to expand the development to other sectors, including in the workplace. Whilst we can’t control government policy or conglomerate’s resources, as developers, we can look at how our platforms, apps and tools shape behaviour.

Tech for good is a growing ethos, and it will be interesting to see what the industry can develop to try and solve global problems. a

Thanks for the blog feature Computer Weekly.

The journey has only just begun with this project and our work with Amber - watch this space!